The next stage of this build is to develop the wing box / fairing. On a smaller scale, I would have carved the wing box as part of the fuselage. In this case I’m thinking about the ability to separate the wings and fuselage for storage or shipping purposes in the future if need be.
I built an initial ‘blank’ from offcuts, which have been cut down closer to the final shape. Next step is to the shave the blank down and blend in the fairings so they are snug when joined to the fuselage.
The 747SP along with its -100, -200 and -300 counterparts had a different wing box / fairing design, which was redesigned for the 747-400 to improve the aerodynamic characteristics of the aircraft, thus reducing drag and increasing fuel efficiency. 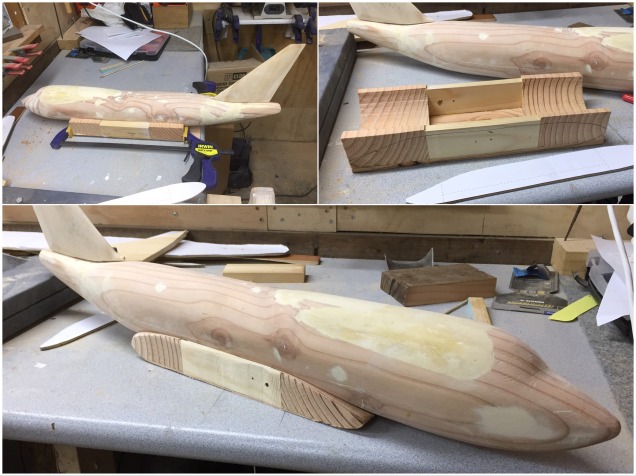