If this model was being built in the same way the real aircraft was constructed, it would now be in the final stage of the main assembly building at the Boeing facility in Everett, Seattle. This is where all the sections of the fuselage are joined, and a mass of complex wiring looms and connections are ran through to all extremities of the aircraft to support the avionics, engines, flight controls, cabin lighting etc..and the list goes on…and then the engines are fitted before the aircraft is towed to the painting facility.

Well, back to the reality of my mini Boeing facility, the production of my aircraft is taking longer than the time to produce several real Boeing 747SP’s which we’re being rolled out at a rate of at least one per week during their production. My SP is getting wired up to support the lights and small drone motors for the engines. Much simpler than the real deal, but probably just as tedious. The wiring has to be concealed in the wings, and ran through to the wing tips and through tiny holes in the engine pylons, as well as a few other locations in the fuselage including the flight deck. Just like the FedEx Boeing 747F I built, all the wiring will come together in the wingbox.

My buddy who is in charge of the “avionics” has been hard at work coming up with the right mix of electronic components to allow all 4 engines to spin whilst running the lights and without overloading the circuit. This has presented as quite a challenge, but the final circuit has been tested and ready to be fitted as part of final assembly, where the wiring will be checked before the tracks in the wings that conceal the wiring can be filled ready for final finishing.

Just like the real thing, the engines will be fitted with the drone motors and connected up, but there are a few internal components to be 3D printed to support the motors and to keep the fans perfectly central to ensure they spin freely. Then the model can be “towed” to the mini Boeing paint facility…my shed…or as I affectionately call it, “Hanger 96”…. 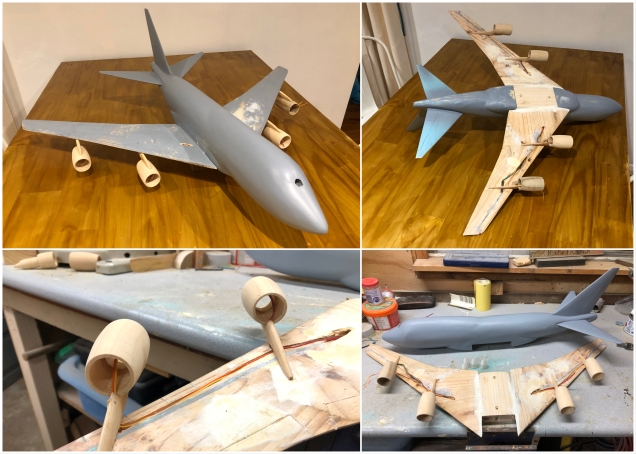 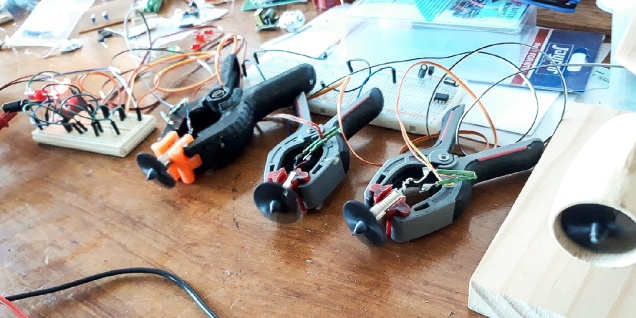