After completing the basic fuselage block, it was time to get the shape closer to its final state. I removed most of the excess wood on my sanding machine. I didn’t quite get the angle of the band saw cut for the upper deck right, so needed to apply some filler. You will notice this on the upper deck area. Like I said, the first is always an experiment, so I can iron out build mistakes early on.

Because the B747SP is a shortened version of the B747-200, sections forward and after the wing box were not included during manufacture and assembly. The vertical stabilizer is a different size and shape than the conventional B747 as well, so the fuselage geometry is modified and dips quite a bit around the tail section.

I’m pleased with the profile of the forward fuselage section (image on the top left). Still more work to do around the nose and tail sections before I am ready to move to the next stage, which is to install the vertical stabiliser (tail fin) and wing box. The upper deck side profile also needs a bit more shaping before I will be happy. After observing and photographing 747’s for so many years, I have a good picture in my head of how my models need to look, and because I am a perfectionist, I won’t be happy until its a close to the real thing as it can get. 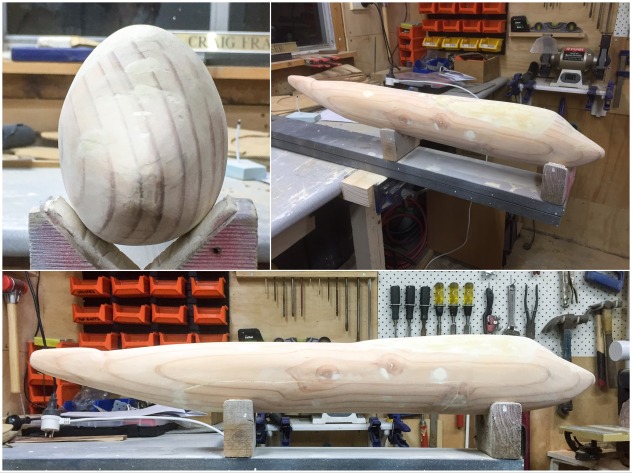